We are an independent, specialist Insurer and Reinsurer with a team of talented and experienced professionals, offering adaptable and flexible underwriting services at Lloyd’s.

From the 1st August 2015 we were authorised to be a stand-alone Managing Agency operating at Lloyd’s.

This was a landmark point in the Apollo story, having started the Syndicate in 2009 and always with the goal of achieving Managing Agency status. We’re so proud this has now been achieved.

Our robust and experienced Board of Directors is now well placed to continue the development of the Apollo Brand within our industry. Always mindful of our relationships built on trust and experience, we extend our grateful thanks to our Capital Providers, Brokers and Clients for their support.

Crucially, thanks and appreciation must be given to all our staff, whose continued and tireless commitment enabled this next step to be taken.

The founding Director of Aspen Insurance Holdings Ltd where he was CFO from 2002 until 2007 and CEO of Aspen’s Bermudian subsidiary from 2002 until 2011. Other executive roles including Group CRO. He retired as an Executive in March 2014, but continues as Non-Executive Chairman of Aspen’s UK insurance subsidiary. Julian was Group FD at Wellington Underwriting Agency from 1996 to 2002. He was a Non-Executive Director and Chairman of the audit committee of Hardy Underwriting Bermuda Limited from December 2007 until July 2012.

Previously the CEO of Catlin Syndicate, Catlin UK & Wellington Underwriting Agency with over 24 years Lloyd’s experience. David is a qualified Actuary and currently attends the LMA Board and executive committees.

James has over 24 years experience across the Lloyd’s and international (Re)insurance industry. He has experience with high level technology, advanced analytics and innovation and most recently he was the CUO at a top 5 global P&C company. He is a fellow of the Chartered Insurance Institute and holds an MBA from Imperial College, London.

Appointed at Apollo Syndicate Management in 2019 as the Chief Risk Officer, following 21 years of experience in the Banking and (Re) insurance sectors. Previously leading risk, actuarial, data science, and exposure management functions. He has been working in risk and capital management within the Lloyd’s and London market since 2006.

Taryn joined Apollo in June 2022 bringing with her more than 2 decades of global insurance and financial services experience across markets including Australia, UK, Asia and the US. Her focus has been on driving operational performance through financial insights.  Taryn is a Chartered Accountant and holds an Executive MBA from AGSM (University of NSW).

Previously Group Finance Director at a Lloyd’s Managing agency for 12 years, and an auditor at KPMG and Neville Russell. A member of the Institute of Chartered Accountants, and of the LMA Finance Committee.

Previously Head of Claims at a large Managing Agency with over 34 years of Lloyd’s market claims experience in all classes of Insurance and Reinsurance business. Started his career at the Sturge group. An elected member of the LMA Claims Committee.

Hayley was appointed as COO in 2021, having previously been the Head of Operations at the Corporation of Lloyd's. She has held other senior roles in Insurance and banking over the last 2 decades.

Previously CEO of Travelers International businesses from 2002 to 2009. Co-founded the Acappella Syndicate, and then became CUO for Mitsui Sumitomo's Lloyd's business from 2011 to 2015. Subsequently CEO for Old Mutual's specialty insurance business in London.

Chair of Audit and Risk Committee. Formerly a partner at KPMG where he was the Head of General Insurance Markets in the UK. His clients included international and domestic insurers and reinsurers, brokers and Lloyd’s groups to which he provided a range of services, including audit, consulting, transaction services and corporate finance advice. In addition, he advised insurers and reinsurers on strategic financial and regulatory issues associated with start ups, acquisitions, reorganisations and disposals. He is also a Non-Executive Director at ANV Syndicates Ltd, Besso Insurance Group and International Insurance Company of Hannover Ltd.

Previously the Head of Investment Solutions at Hermes GPE, and Head of UK for Adveq,  Farah has spent 20 years working in financial services across Audit, M&A and Private Equity. Farah also holds a Non-Executive board position at iHybrid, and is on the Advisory Council of Real Estate Balance. Farah is a Fellow of the Institute of Chartered Accountants in England & Wales.

Stuart is a partner of Keyhaven Capital Partners, a private equity business. He is also Chairman of the Elseco MGA. He was previously Group CEO of Canopius and CEO of Aegis London. Stuart is a chartered accountant.

Sian is a chartered accountant with extensive experience of the banking and insurance sectors. Sian has spent the majority of her career at KPMG, becoming a tax partner in 1996, specialising in the financial services sector. In recent years she focused on the insurance market, working with a wide range of international insurance and reinsurance groups, intermediaries and Lloyd’s market participants. Sian is also a non-executive director of Yealand Fund Services Limited, Suffolk Building Society and Cordiant Digital Infrastructure Limited, and a trustee of Place2Be, a leading UK children’s mental health charity.

Peter joined Apollo in 2018 having worked at XL Catlin for nearly a decade, latterly as Compliance Manager. Peter brings experience and expertise in regulatory and governance matters.  He is ACII qualified and was previously a committee member of the British Insurance Law Association.

Casualty Formerly Head of Casualty at Catlin with over 30 years underwriting experience. Currently a member of the LMA International Liability Panel.

For PDF downloads for our Annual Reports please select from below: 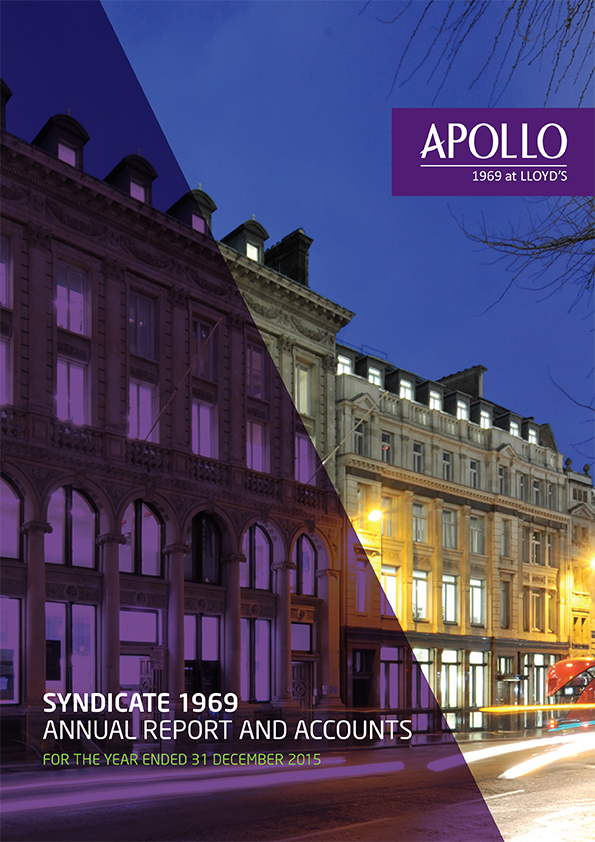 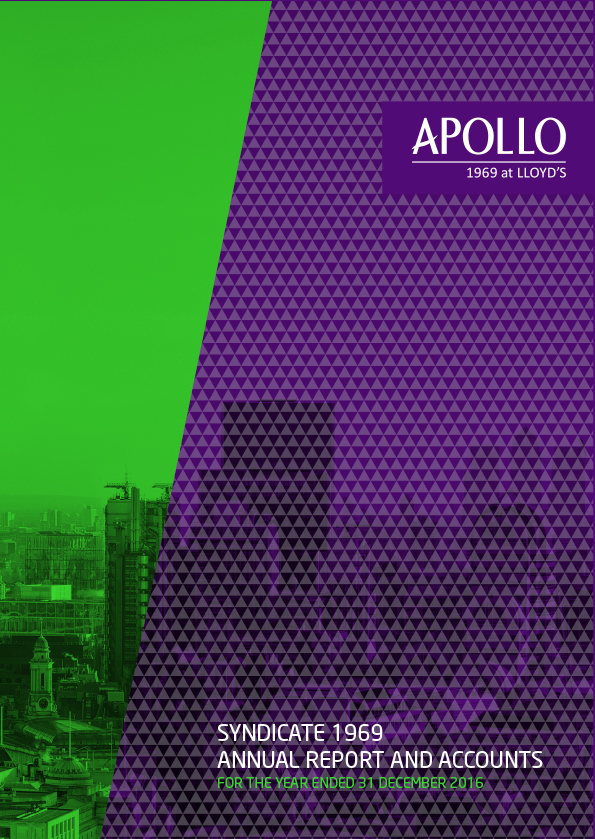 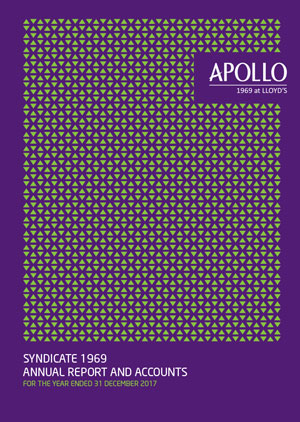 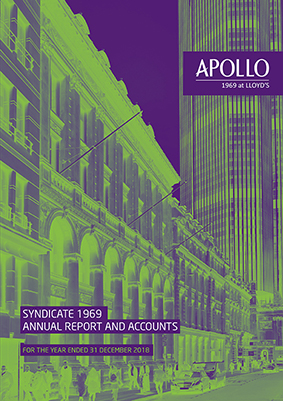 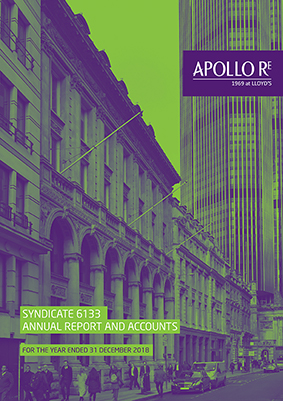 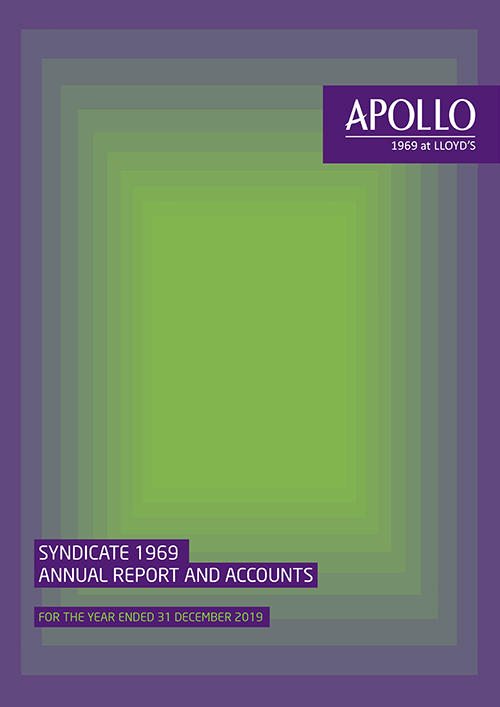 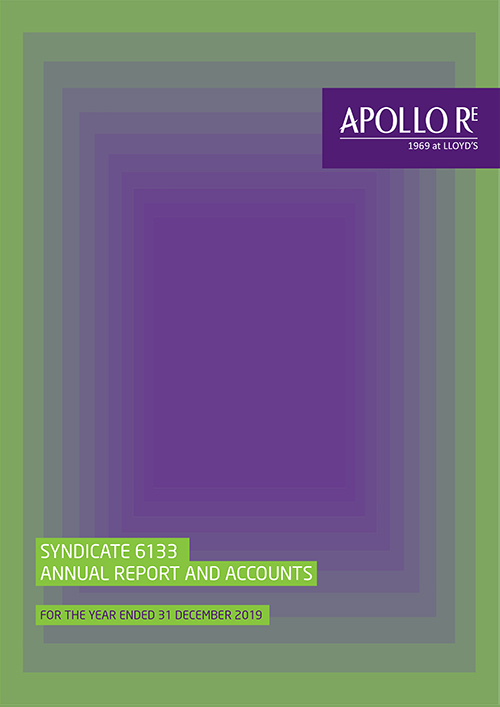 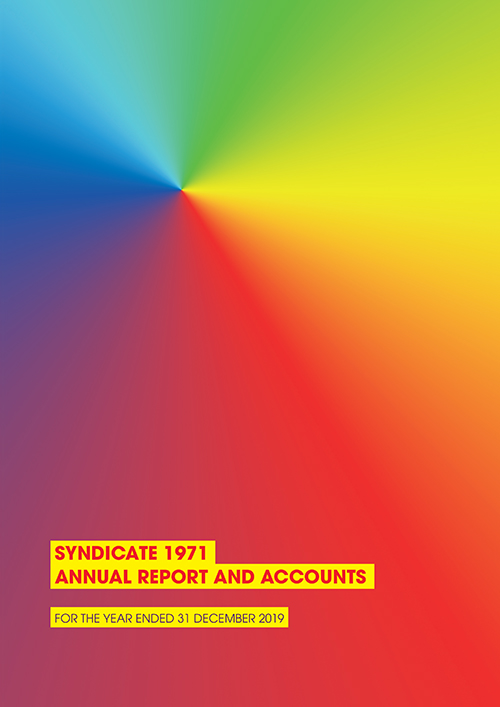 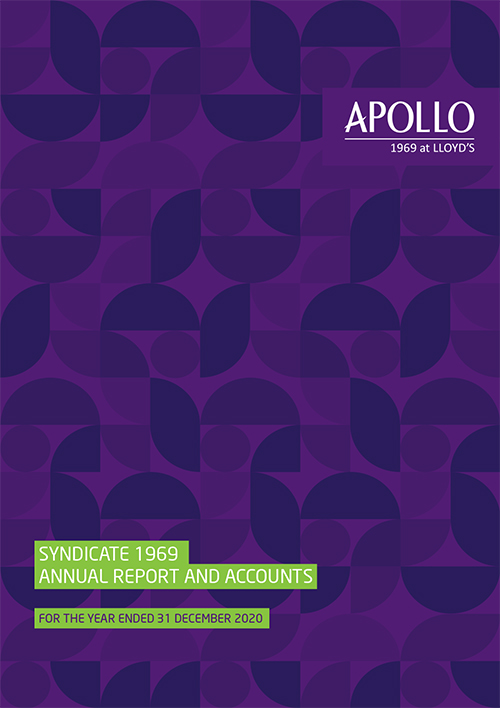 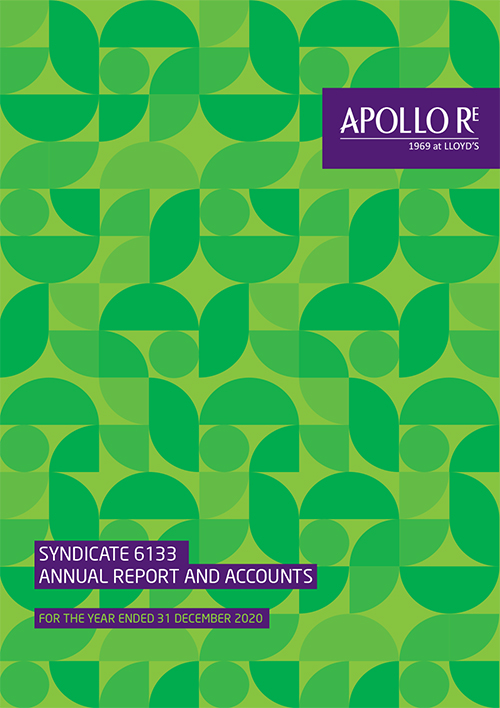 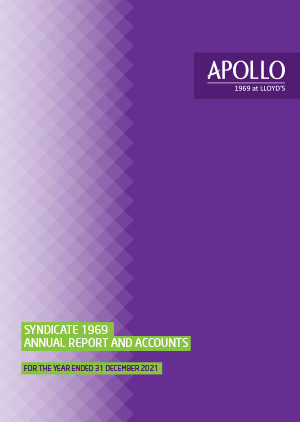 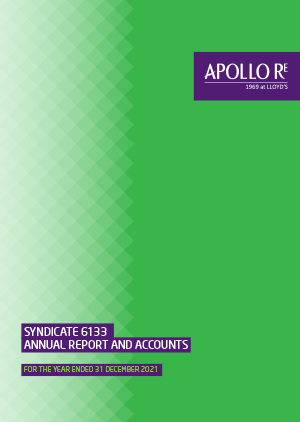 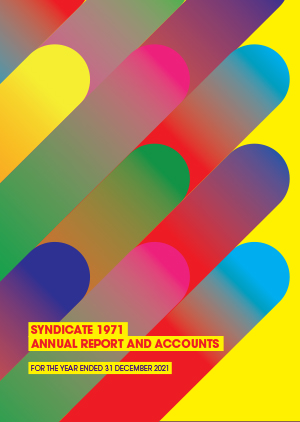